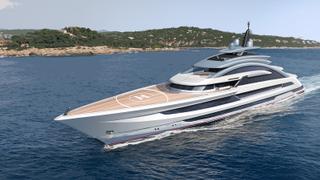 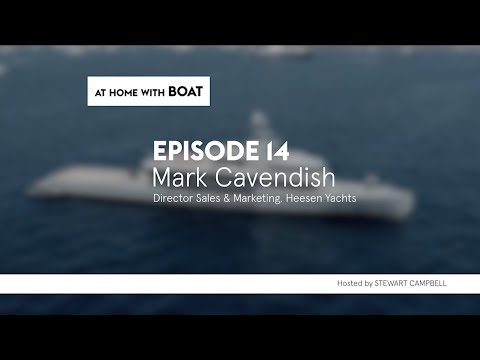 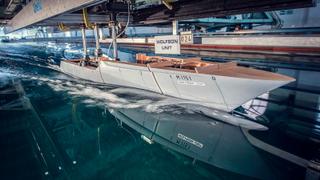 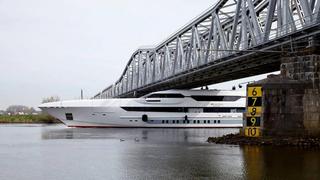 The 80 metre Project Cosmos is an all-aluminium superyacht currently under construction at Heesen – the Dutch yard’s biggest project to date. In the latest episode of At Home With BOAT, Heesen sales and marketing director Mark Cavendish speaks about the challenges of taking on a project of this scale.

“It’s a daunting size,” said Cavendish. “We're used to seeing 50 and 55 metre yachts in the shipyard. When you suddenly put an 80 metre yacht in the construction hall, you look at it and think ‘are we really doing that?'”

One of the biggest challenges of the build will be transporting the yacht from the shipyard to the sea. Due to the yard’s location in Oss, Project Cosmos will have to navigate 120 kilometres of canal and rivers, as well as negotiate several bridges and locks before reaching the sea. “It’s a challenge,” he said. “When you've got a 12-metre-wide yacht and you're going through a 13.5-metre-wide lock you breathe in when you get close to it.”

The hull and superstructure were joined last month and work has now begun on technical outfitting such as wiring and plumbing. The new flagship is expected to hit the water in 2022 with delivery in spring.

According to Cavendish, shipyards need two things to be able to successfully build boats on spec: capital and a feel for what the market wants. “That’s the reason why we've always stuck to 50 metre/500GT, up to 55 metres/750GT – it's a very popular sector of the market,” he said.

“It's a degree of common sense at the end of the day. If you feel something is weird and wacky it's going to be hard to sell. We try not to become too eclectic or too individual… we try to make the interior as flexible as possible."

Yachts built on speculation are a popular option for owners looking for a boat with a shorter lead time. "It's a much less stressful process because we've done all the design and engineering. All they have to do is come in and choose the interior or even just choose the loose furniture."

For more At Home With BOAT Interviews, click here.

How a Chance Encounter led to Burger’s First 48 Cruiser